Joined May 11, 2015
·
6 Posts
I am experiencing a loud clunk from clutch. Removed belt cover and the primary clutch almost has 1/4 turn of free play. Is that normal?

Joined May 17, 2014
·
6,605 Posts
Depending on what is turning, no it's not normal
► Show Full Signature
Shop Owner and Mechanic with over 50 years experience
P

latebird said:
Depending on what is turning, no it's not normal
Click to expand...

The primary clutch is turning with out the engine turning over.
R

phil said:
The whole clutch turns? Or?
Click to expand...

Joined May 17, 2014
·
6,605 Posts
The clutch needs to be tightened to the crankshaft - there is no KEY, it tightens onto a taper and is an interference fit. If it was mounted by an idiot who used grease, anti-seize or any kind of lubricant, it needs to be removed, any lubricant or contaminant removed then installed clean and dry and properly tightened.
► Show Full Signature
Shop Owner and Mechanic with over 50 years experience
R

Joined May 11, 2015
·
6 Posts
According to microfiche there is a spring damper between clutch and engine. Do these go bad?
P

rocketron said:
According to microfiche there is a spring damper between clutch and engine. Do these go bad?
Click to expand...

I'd like to see a picture of this "damper" you're talking about??

Joined Nov 14, 2009
·
9,855 Posts
I've been trying to visualize what you're seeing there OP. Due to the design of the machines with a longitudinal engine like yours, the clutches are mounted on the back of the tranny rather than directly on the crankshaft like most other machines. So there will be some play between the various components of the tranny in the gears and silent chain etc. taking up slack as you turn the primary by hand but 1/4 turn seems a little much... maybe not, IDK??
I haven't actually tried turning mine by hand to measure the amount of take-up in the gears but I know there is some. I can tell you that I immediately noticed with my new 1k that when cold, you need to ease into the throttle on initial take off to keep it from engaging so suddenly and harsh. Maybe that's what you're experiencing?? Mine is only noticeably harsh on engagement when the belt is still cold and stiff but its not an issue once warmed up. You may just need to let the machine warm up to operating temp before trying to take off and then ease into the throttle until the clutches are fully engaged.
On your machine, the primary clutch is mounted on the rear of the tranny on the end of the primary output shaft #68 in the pic below. There are several gear interfaces between the engine, drive coupler and the primary clutch. Each will add a little play. On a transverse mounted engine like a Sportsman 500 (the crank is oriented sideways to the length of the machine) and the primary clutch is mounted directly on the end of the crankshaft so there is NO slack or play at all! Now yours may have excessive gear lash due to loose gear tolerances, gear wear or a bearing getting loose or a combination of the above but unless its just started this or has become much more pronounced recently it may just be the nature of the beast.
If you're really concerned:
1) Drain the tranny oil into a clean pan and check for metal under a bright light to see if it appears anything is failing or you're getting excessive wear.
2) Inspect, clean and/or refresh the clutches and install a new belt to see if that helps any.
Your 3rd option would be to remove and go through the tranny and/or the drive coupler inspecting and replacing parts. However, even after doing that, it may still have the same amount of play in it as before. Who knows??
I'd probably just do 1&2 above and ride it and watch it for any signs it was getting worse.
Good luck and keep us updated.

polman500 said:
I'd like to see a picture of this "damper" you're talking about??
Click to expand...

Joined Nov 14, 2009
·
9,855 Posts
Ok, I gotcha now. That's the drive coupler between the tranny and engine. Haven't seen anybody on the forums talking about it failing but I'm sure it could happen.

Joined May 17, 2014
·
6,605 Posts
Depicted differently on different vehicles, but still the same part - I saw one depiction that identified it as a gasket and the gasket as the damper

Joined Nov 14, 2009
·
9,855 Posts
Yeah, I haven't actually had one out yet to put my hands on it but they are a rough looking part brand new.
I suppose the spring damper part in the center could fail especially with as rough as the welds look on some I looked at on ebay. On this one the weld looks good but the one in the link below is VERY rough! 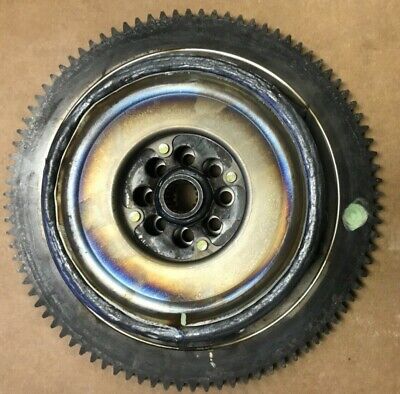